Our experience of selling through Fulfilment by Amazon…

If you are actively involved with selling books on the Amazon marketplace, you will be aware of Amazon’s ‘Fulfilment by Amazon’ programme.

Fulfilled by Amazon (FBA) involves sending books to one of Amazon’s fulfilment centres, where they are then stored on your behalf. When a sale is made, Amazon pick and pack the item and send it to your customer. 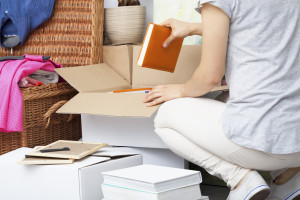 Our experience of selling through Fulfilment by Amazon…

We joined the programme early in 2010, around four months after its introduction (in October 2009).

I have to state this was such a great way to sell our books: in general, book selling requires volume to make a reasonable income and this means storage is required. When we first started selling, once we had ‘outgrown’ space in the home we rented one, then two, local authority storage units.

The cost was quite staggering, but was easily met through our sales. When Amazon introduced FBA to the UK, this had a severe impact on our marketplace sales, with many sellers jumping on Amazon’s FBA bandwagon, which resulted in lower sales for us. Of course, the costs of storage units did not decrease, so it was a severe financial impact indeed.

We were enticed by an Amazon promotion to join the FBA programme. Even with storage charges, and pick-and-pack fees, our books attracted a favourable rate of postage that meant profits were very good – even for low-cost items.

Once we made the decision to ditch the storage units and send out stock for Amazon to store and fulfil orders, we could work from home. It was at the time a ‘no brainer’.

Our costs were slashed and our workload decreased: we no longer had to pick and pack orders and go to the Post Office. Our time was spent on buying and listing more books to send to Amazon, which removed loads of time pressure.

The arrangement was very good: our sales increased – buyers like to buy from sellers under the FBA umbrella, taking advantage of features such as free ‘Super Saver’ postage, gift wrapping options and prices that were pitched less than Merchant sellers could offer their books at. So we were more than happy to send books to Amazon on a weekly basis.

Then in 2014 Amazon made a sudden change to their buying process. No longer could customers take advantage of free Super Saver postage to buy low-cost media items – unless they have an Amazon Prime account (which they increased the yearly membership from £49 to £79), or they spent £10 or over.

This had a direct negative impact on the sales of our FBA stock and was initially devastating to us – although it was only a very short-term impact. Sales picked up once the dust had settled and buyers have continued to purchase our FBA items, either because they have a Prime account or they are happy to pay extra postage to have the book they want if priced under £10. Happily, sales continue to accrue.

But a year on and we have made a few changes to the way we operate our Amazon selling accounts… If you would like to know what changes we made, tune in next week.

If you are interested in purchasing books, you may want to contacting Chris direct in regards to this request: ‘I have about 900 books, mostly non-fiction, that I need to dispose of. I’m based in Sheffield. Thank you. Chris [email protected]’.