Is Amazon taking over the world?

Amazon seems to grow and grow: they buy up floundering business and incorporate them into Amazon.

The name Amazon appears everywhere – in books and films, advertising, TV. And most people seem to associate buying books with Amazon. 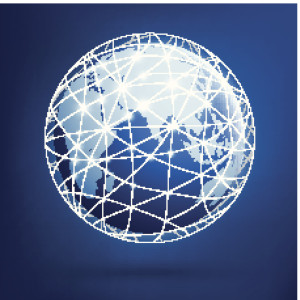 Within the last few years, Amazon has introduced new products that have had a serious impact within the local and global marketplace.

Amazon was founded by Jeff Bezos in 1994. If you have no clue who Jeff Bezos is, then no worries, he’s just the CEO of Amazon.

It’s hard to get your head around just how big an organisation Amazon is, but let’s try: ‘Amazon has separate retail websites for United States, United Kingdom & Ireland, France, Canada, Germany, The Netherlands, Italy, Spain, Australia, Brazil, Japan, China, India and Mexico. Amazon India will soon start offering music, movie and video streaming services in India. Amazon also offers international shipping to certain other countries for some of its products. In 2011, it had professed an intention to launch its websites in Poland and Sweden.

’The above is taken from Wikipedia, where it also says: ‘Over the 2000–2010 decade, Amazon has developed a customer base of around 30 million people’. That’s quite some customer base!Of course, I hope this continues: when you make your living from such a massive global site, the bigger it gets, some of the glory will rub off on you. This hopefully will result in increased sales and ultimately increased income.

A recent change at Amazon regarding VAT and electronic goods…

Don’t forget to take note of your notice board on your seller account. A recent alteration has occurred due to a change in EU regulations in regards to VAT and electronic goods.

Here is the notice: ‘Due to a change in EU law on January 1, 2015, Amazon is modifying the way it invoices EU sellers who are charged VAT on Selling on Amazon fees […] From the first week of February 2015, all EU sellers will receive invoices for Selling on Amazon fees […] These invoices/receipts are for your records only; they are not a demand for payment. All fees listed in the invoices/receipts will have been debited from your account balance each time a sale completed.’

The notice continues: ‘From January 1, 2015, new rules state that every provision of “electronically supplied services” will be charged VAT based on the member state where an Amazon seller is resident. Most fees charged by Amazon Services Europe Sarl will be affected by this change.  Amazon sellers who are not registered for VAT will be subject to the VAT rate in the country where they are resident.  Amazon will charge the standard rate of VAT applicable to each EU Member state (For example, 19% in Germany, 20% in the United Kingdom and France, 21% in Spain and Latvia, 22% in Italy and 25% in Denmark). Please note: FBA fees are not affected by this change.’

Basically, if you have noticed you are receiving less for your sales after Amazon have taken their fees and commissions, now you know why!