When involved with online selling, it’s always beneficial to keep an eye on current affairs. This is especially useful when you are selling media products.

Sometimes you will notice that a particular book title has sold, despite the fact you’ve had it on your shelf for ages. You then discover it’s because the book relates to a particular news story or topic, local or world event, creating a spike in interest where perhaps interest was not so much in demand previously. 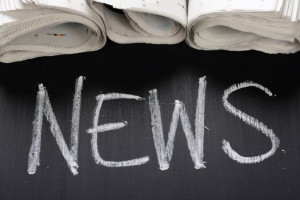 For example, in April 2012, interest concerning books and DVDs regarding the centenary of the sinking of the Titanic increased significantly.

Royal births and marriages and anniversaries of royal deaths also create spikes of demand in relation to books or DVDs for that subject.

It’s also good to be aware of TV documentaries which concentrate on a particular person or event in history as well as generally being aware of anniversaries of historic events.

Since coming on holiday to France, there are a number of book topics I would have ensured I was selling to coincide with topical events that have occurred in the past few weeks. If I was at home working, I’d make sure that my listings reflected current trends in spikes of interest.

So here are a list of some of the subjects I would have placed for sale, to try and take advantage of a topical event that creates an upsurge in interest/demand, on Amazon and eBay, including and especially in my Copy Paste Profit strategy…

So do keep a look out and be are of anniversaries and topical events, thereby allowing yourself to capitalise on spikes of interest that create demand.