Want to grow your online selling?

It’s a shame but it does appear that this summer is going to be a wash out – with lots of rain and cold spells, I always feel so sorry for summer businesses – such as hotels and bed and breakfasts, who rely on summer trade. 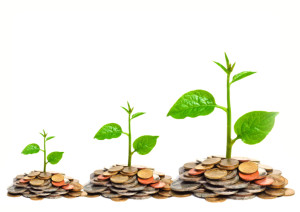 Many of us do have more and more leisure time and there is demand for attractions that offer something different, such as ‘kite skiing’. Ok, it’s not my cup of tea, but for those that do partake, having a place that hosts such attractions, will truly bring people to use such facilities.

That’s the same for all businesses: you do need to know when to diversify should the need arise.

Take Amazon for example: they started off life around 1995 selling books online. They shortly thereafter offered not only books, but also CDs, DVDs, and household goods, amongst other items. It grew and grew and in the past years they’ve introduced so many more products, from Kindles and related stock, to mobile phones and all manner of electronics…

They have even purchased Jeremy Clarkson et el! Yes, that’s correct! They do say ones person’s loss is another’s gain. Top Gear was the BBC’s successful show, and when Clarkson was sacked from his presenters role, Amazon snapped him and his team up and offered them a similar show to be aired on their online subscription package, Amazon Prime.

Amazon is fast becoming ‘all things to all men’!

So how can you diversify and make changes to increase income?

Try looking for several different lines of products to sell: no need to invest thousands of pounds, look for cellophane-wrapped items from charity shops, car boots and school fetes.

Go to a trade fair – the NEC in Birmingham often have such shows. They are very interesting and the amount of goods available is truly staggering.

You may not take over the world as Amazon appear to be attempting to do, but if your sales increase and thus your income, it may make a difference to you personally.

There’s a sister publication here at Canonbury – PowerSeller Profiteer – run by online sales expert Amanda O’Brien. Under her sagely tutorage, you can grow your business and learn to source and sell all manner of different goods online. Sign up to her weekly eletter here.